Kate Middleton certainly knew what she wanted for her royal wedding cake.

In fact, Middleton, 39, sent over “very specific” guidance to baker Fiona Cairns explaining how she wanted the cake to look for her wedding to Prince William 10 years ago.

Cairns told People that the wedding’s theme was supposed to be “very classical, very imaginative and stylish.” However, Middleton did want her cake to be different from other traditional royal wedding cakes.

“The brief came from Kate, and she was very specific,” Cairns told the magazine.

“Where William and Kate’s cake broke with tradition was that she made it very clear she didn’t want a cake as tall as some of the previous royal wedding cakes,” Cairns added. 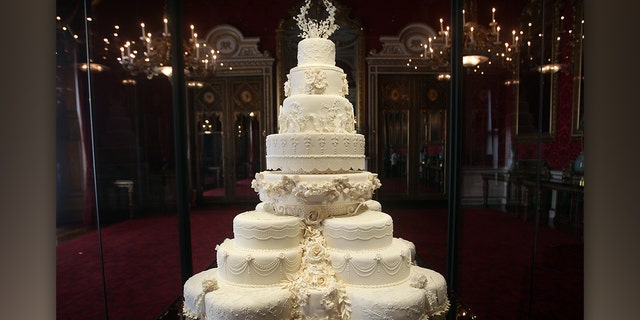 Though it may have been shorter than other royal wedding cakes, Middleton and William’s eight-tiered cake was still quite tall, measuring in at 3 feet.

In fact, the cake was so big that pieces of it have been served at the christenings of all three of the royal couple’s children — even as recently as 2018 when Prince Louis’ was christened.

Aside from its height, Middleton had other requests for her royal wedding cake. 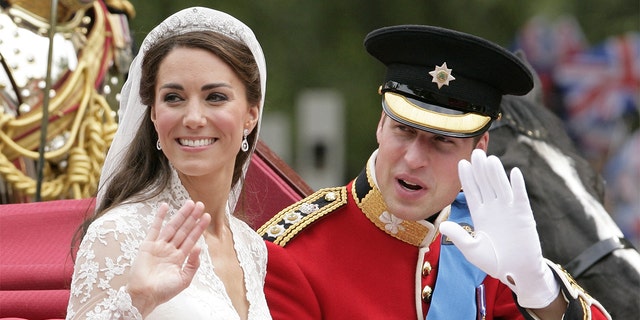 Kate Middleton and Prince William are pictured on their wedding day, April 29, 2011, in London.
(Getty Images)

She asked Cairns to ditch royal icing in favor of “softer” fondant and requested that 17 types of flowers and leaves be included in the decorations.

“It had to be multitiered, and it had to be a fruit cake,” Cairns told People. “She didn’t want any gold or glitter. It wasn’t to have any color on it all. It had to reflect the flowers of the four [U.K.] nations, and it also had to reflect the Picture Gallery at Buckingham Palace, where the cake was going to be, to show some of the architectural detail.”

Cairns added: “There was a lot to work out!”

In the end, the cake had 900 leaf and floral details and was topped with Middleton and William’s cipher, according to People.

However as she was making it, Cairns told the magazine that she wasn’t allowed to tell anyone what she was working on.

“When such a big thing happens, you want to share it with your friends and family, but we couldn’t,” she said. “We couldn’t tell our children.”